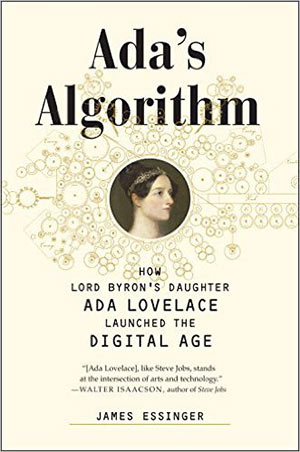 Ada's Algorithm: how Lord Byron’s daughter Ada Lovelace launched the digital age is the title of the United States publication of A Female Genius.

Ada's Algorithm was published in the UK by Gibson Square in 2013 and in the US by Melville House Books in 2014.

Ada's Algorithm is available on amazon.com.